Remember Private Arthur Freeman of the 1st Bedfordshire Regiment who died at Ypres in the Great War 100 years ago today, 21 July 1915. 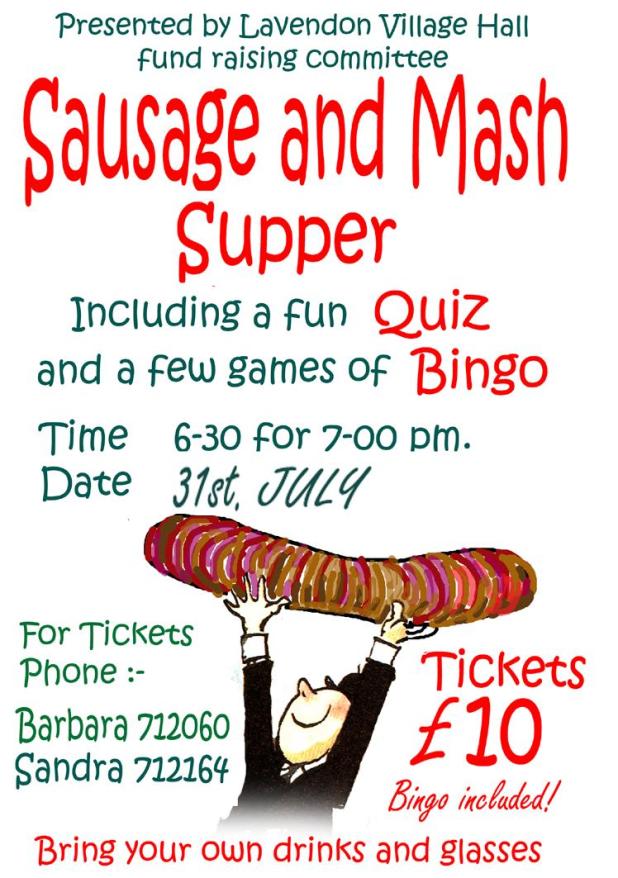 The next monthly meeting of the WI Lavendon Branch will be held on Monday, 3rd August. For more details about your local WI branch please click here. 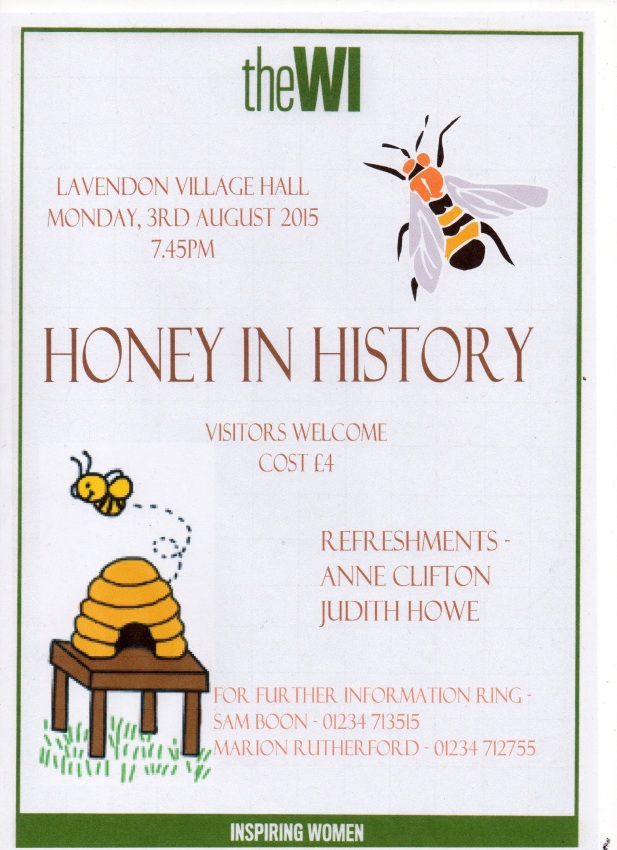 A selection of news reports about the way we were, years ago, in the month of July……

190 years ago in 1825 – Some children playing in a ditch belonging to Mr R Davison, a baker at Lavendon, found some silver Roman coins. Later an earthen pot and other coins were found.

170 years ago in 1845 – In the first case of its kind, Mary and Hannah Pittams, lacemakers of Lavendon, were found guilty of copying a pillow lace design registered by Mr John Millward of Olney the year before – “the first application of the law of copyright of designs to the article of pillow lace.”

120 years ago in 1895 – Five lads, named Wm. Biggs, Wm. Brittain, Wm. White, Albert Panter and Wm. Sharp, all of Lavendon, pleaded guilty at Newport Pagnell Petty Sessions to playing football on the highway. Supt Lait did not press for a heavy penalty but hoped that the case would lead to a stoppage of the practice of footballing in the streets.

110 years ago in 1905 – Thousands of fish died in the River Ouse at Olney. They drifted down the river to Lavendon Mills where sacks of them were collected and removed. It was believed that the brewery at Olney ran off a large quantity of ‘refuse’ beer into the river and that the fish became intoxicated and drowned as a result.

90 years ago in 1925 – Mr (later Sir) Alan J. Cobham, the airman, who landed in a meadow on the Lavendon Road on Friday during the progress of the air race, was entertained by Mr. and Mrs. J. M. Cony at Lavendon Mill during his short stay.
Wiki Link: Sir Alan J Cobham

70 years ago in 1945 – Since the inception of the new Village Hall Fund in June 1944, £293 has been accumulated towards the building costs by donations, entertainments and collections.

60 years ago in 1955 – The Housing Sub-Committee of Newport Rural Council agreed to meet to consider a programme of improvements to existing Council houses, including a suggestion that bathrooms be installed at Lavendon as soon as possible. Mr R Sharpe said “It is time this Council looked into the matter. Many people are having to wash in bowls and I wonder how many Councillors do that?”