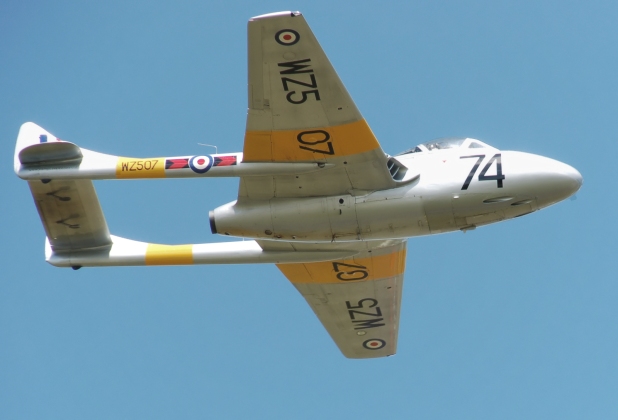 T11 de Havilland Vampire – Photographed by Adrian Pingstone in June 2010 and released to the public domain.

On 21st January 1957, residents in Lavendon heard a military aircraft flying low over the village, followed shortly afterwards by a loud explosion and the impact of the plane hitting the ground near Lower Farm at the end of Castle Road. The aircraft was a de Havilland Vampire jet trainer with an American Air Force pilot instructor, Captain Charles Bernard Christison of California, on board together with his pupil, RAF Pilot Officer Thomas Stephen Howdle, both based at RAF Oakington.

Both the instructor and pupil were killed in the crash and the Ingram family who lived at Lower Farm were lucky to escape with their lives.

For more details of this tragic event click here.