The following photographs were taken within Lavendon Parish across the year 2010. Click on a photo to view it full-size.

Announced by all the trumpets of the sky,
Arrives the snow, and, driving o’er the fields,
Seems nowhere to alight: the whited air
Hides hills and woods, the river, and the heaven,
And veils the farm-house at the garden’s end. 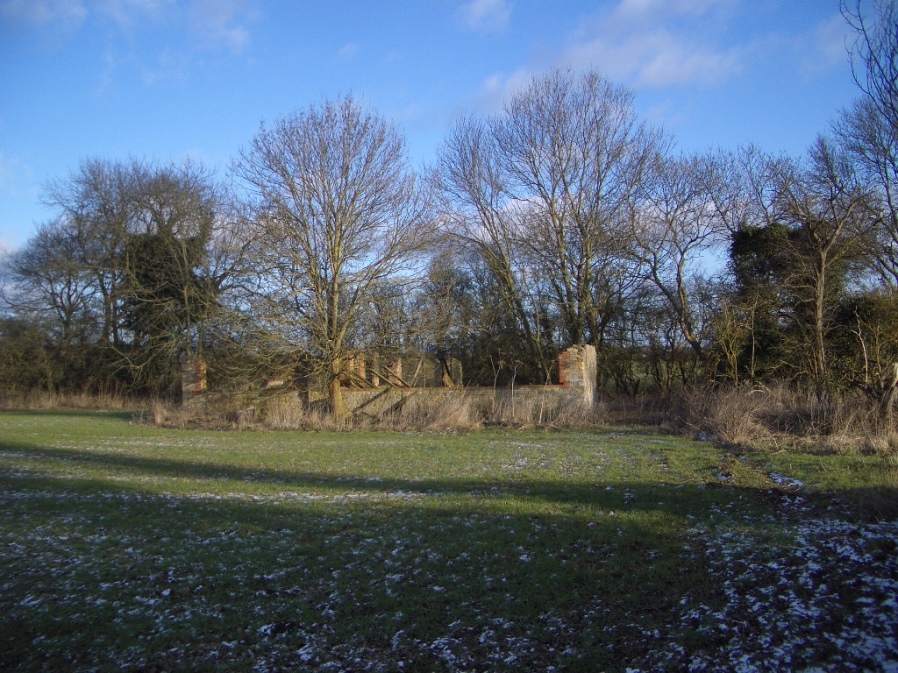 And I told you the snow would melt, love,
In the passionate glance o’ the sun;
And the leaves o’ the trees, and the flowers and bees,
Would come back again, one by one.
That the great, gray clouds would vanish,
And the sky turn tender and blue;
And the sweet birds would sing, and talk of the spring
And, love, it has all come true.

Smooth to the shelving brink a copius flood
Rolls fair, and placid; where collected all,
In one impetuous torrent, down the steep
It thundering shoots, and shakes the country round.

The woods and banks of England now,
Late coppered with dead leaves and old,
Have made the early violets grow,
And bulge with knots of primrose gold. 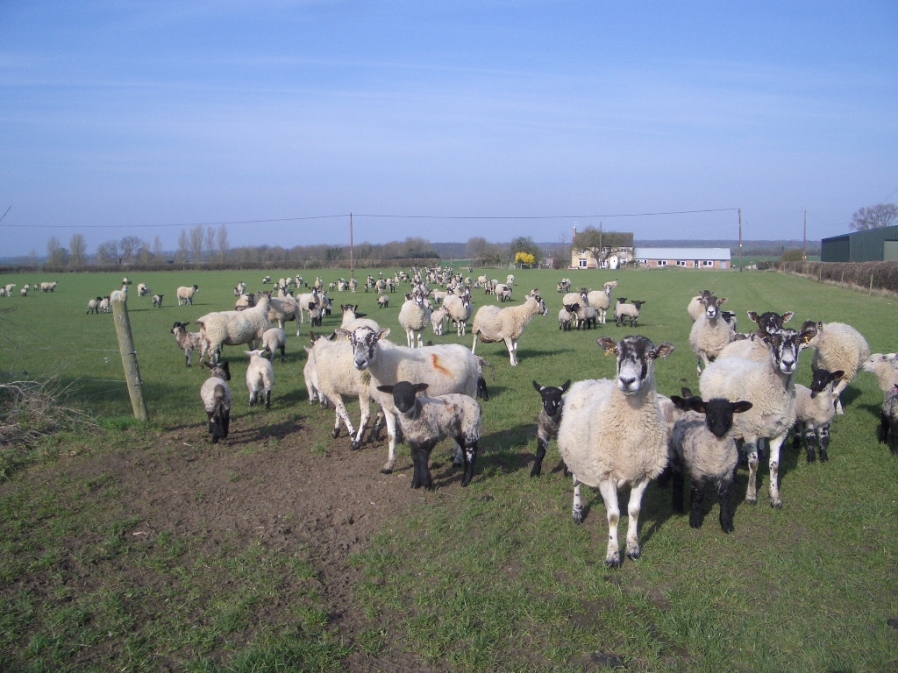 In the bluebell forest
There is scarce a sound,
Only bluebells growing
Everywhere around.

From Bluebells
by O. Enoch 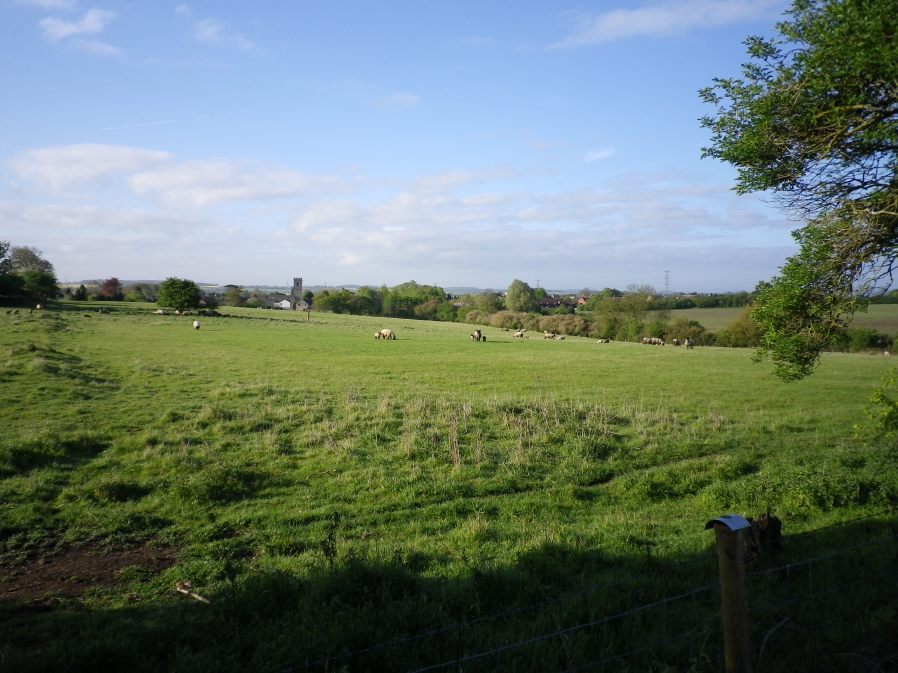 View to Lavendon Church from Castle Road, 10th May 2010

What is so sweet and dear
As a prosperous morn in May,
The confident prime of the day,
And dauntless youth of the year… 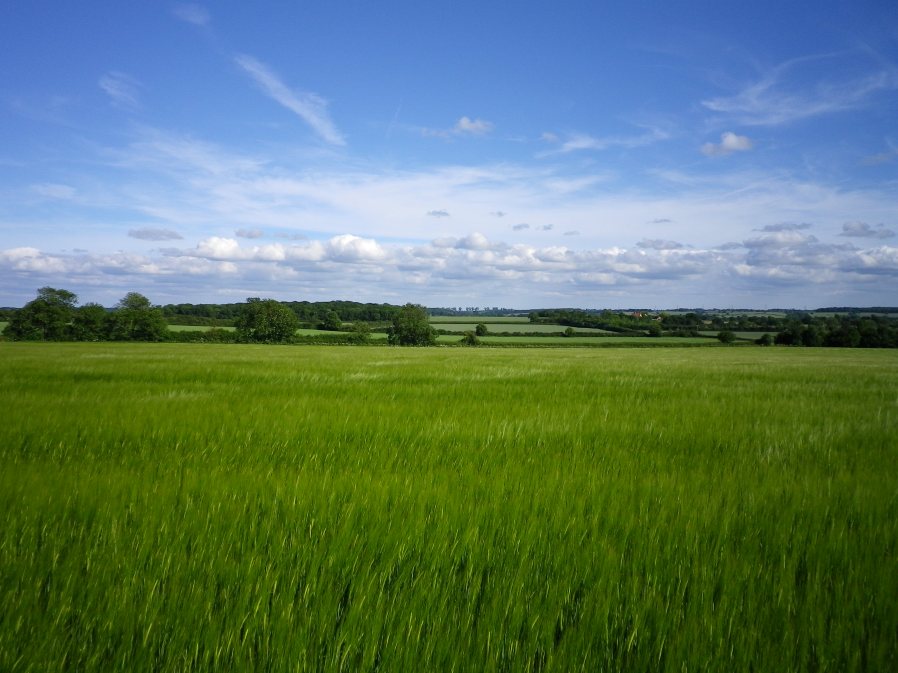 The View to Snip Wood and Uphoe from near Castle Farm, 17th June 2010

It was a bright and cheerful afternoon,
Towards the end of the sunny month of June,
When the north wind congregates in crowds
The floating mountains of the silver clouds
From the horizon – and the stainless sky
Opens beyond them like eternity.

It’s Midsummer Day,
And they’re making the hay
Down in the meadow all golden and gay,
They’re tossing it high
Beneath the June sky,
And the hay rakes are spreading it out to dry.

From Haytime
by Irene F Pawsey 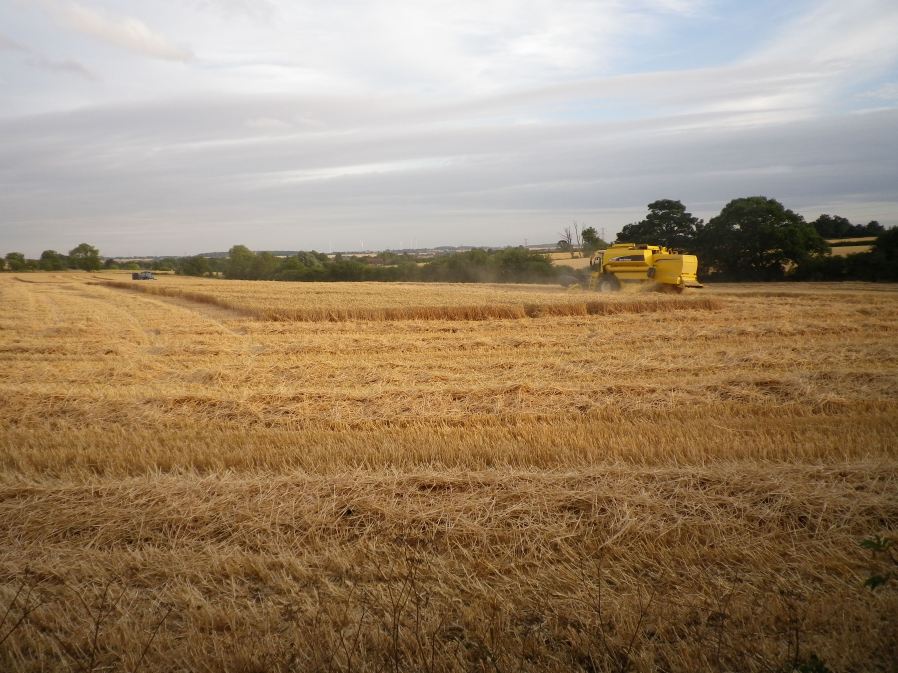 The reapers leave their beds before the sun
And gleaners follow when home toils are done
To pick the littered ear the reaper leaves
And glean in open fields among the sheaves.

Ye rigid Ploughmen, bear in mind
Your labour is for future hours:
Advance – spare not – nor look behind –
Plough deep and straight with all your powers!

Site of the Former Fishponds of Lavendon Abbey, 22nd August 2010

The fields fall southward, abrupt and broken,
To the low last edge of the long lone land.
If a step should sound or a word be spoken,
Would a ghost not rise at the strange guest’s hand?

Fishing below the Sluice at Lavendon Mill, 22nd August 2010

Where cooling vapours breathe along the mead,
The patient fisher takes his silent stand,
Intent, his angle trembling in his hand:
With looks unmov’d, he hopes the scaly breed,
And eyes the dancing cork, and bending reed.

Mix’d with a sound of waters murmuring
Along a shelving bank of turf, which lay
Under a copse, and hardly dared to fling
Its green arms round the bosom of the stream,
But kiss’d it and then fled, as thou mightiest in dream.

View to the Village from Footpath above New Row, 30th October 2010

When the trees and skies and fields are in one dusky mood,
Every heart of man is rapt within the mother’s breast:
Full of peace and sleep and dreams in the vast quietude,
I am one with their hearts at rest.

The world is full of colour!
‘Tis Autumn once again
And leaves of gold and crimson
Are lying in the lane.

From Colour
by Adeline White 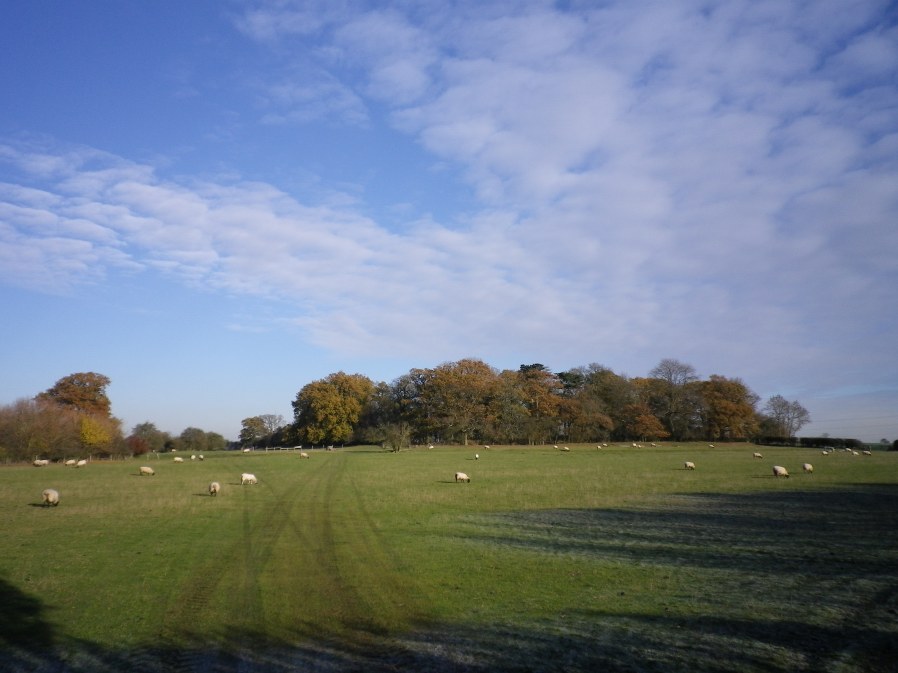 Where in venerable rows
Widely waving oaks inclose
The moat of yonder antique hall,
Swarm the rooks with clamorous call…

An Oak Tree in the former Bailey of Lavendon Castle, 7 December 2010

Look out! Look out!
Jack Frost is about!
He’s after our fingers and toes;
And, all through the night,
The gay little sprite
Is working where nobody knows.

He’ll climb each tree,
So nimble is he,
His silvery powder he’ll shake;
To windows he’ll creep,
And while we’re asleep,
Such wonderful pictures he’ll make.

Across the grass
He’ll merrily pass,
And change all its greenness to white;
Then home he will go,
And laugh, “Ho! Ho! Ho!
What fun I have had in the night!”